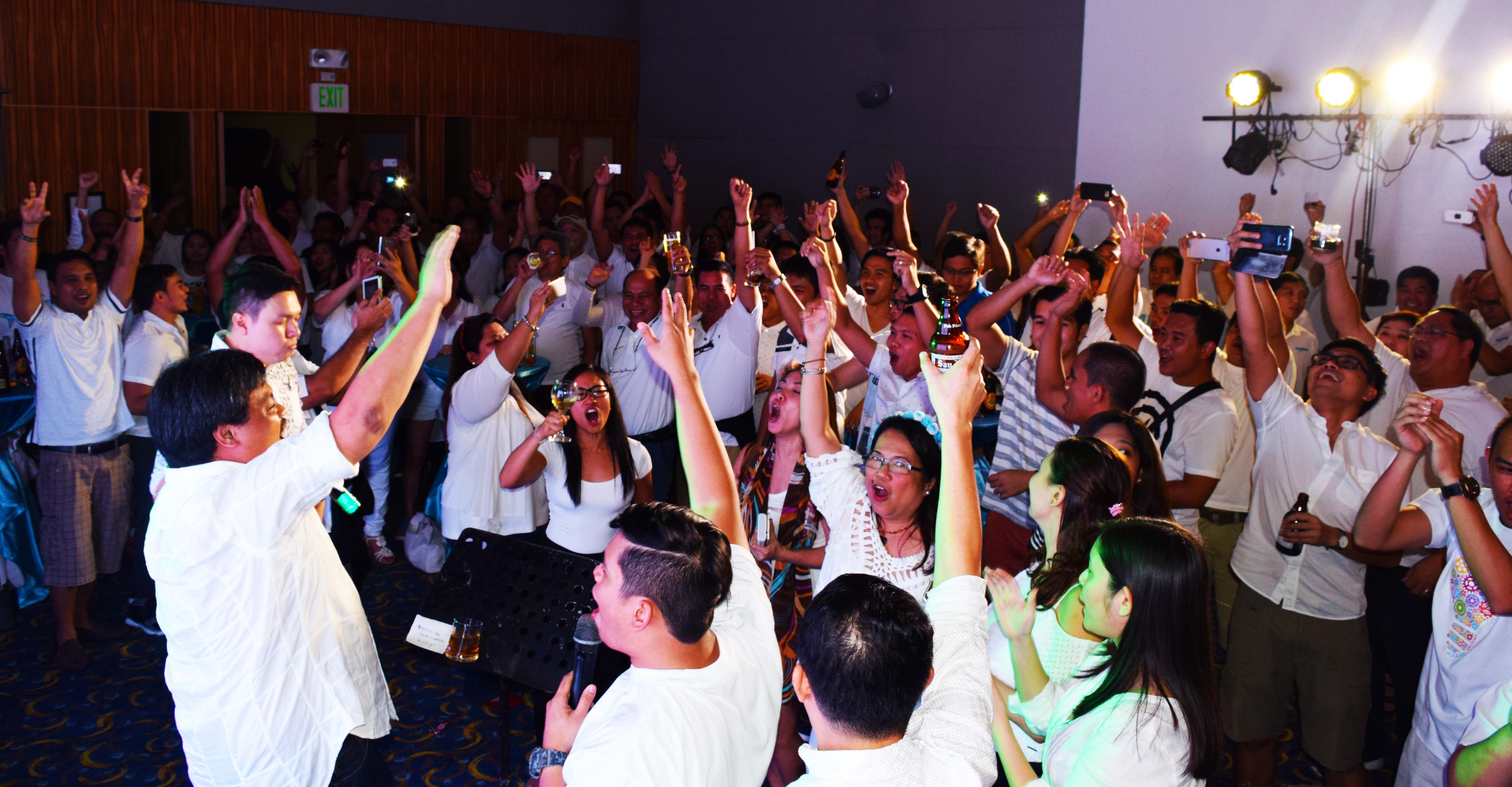 Froneri, the newly formed joint venture between Nestlé and UK-based ice cream company R&R, is now officially in business in the Philippines.

Comprising what used to be the Ice Cream and Chilled Dairy Business Units, including Pulilan Factory, the new entity officially started operations on October 1 simultaneously with other Nestlé markets in Europe, the Middle East (excluding Israel), Argentina, Brazil, and South Africa. Named Froneri Philippines, Inc., the Company combines the complementary strengths of the two partners—Nestlé’s brands and out-of-home distribution structure and R&R’s manufacturing expertise and retail presence, establishing itself early on as a formidable player in the competitive local ice cream industry.

“Salubong” to the New Company
Froneri Philippines marked its official opening in the country with a uniquely Filipino event called, “salubong” held on September 30 to October 1 in Subic, Zambales. All 221 employees from the Ice Cream and Chilled Dairy Business Units and the Pulilan Factory came in full force to welcome the dawn of the new enterprise and experience the actual moment of its birth at the strike of 12 midnight between September 30 and October 1.

Led by Technical Director Peter Winter, Factory Manager Ruel Sinoy, Ice Cream Business Unit Manager Nikki Dizon, Chilled Dairy Business Unit Manager Gerard Poa, and HR Partner Luz Tanquintic, the entire Nestlé Ice Cream and Chilled Dairy family spent the two-day event to celebrate their seamless transition to the new company by getting to know more about the joint venture between Nestlé and R&R, learning the core values of Froneri Philippines, absorbing its vision and mission, renewing ties with one another, and strengthening their unity as one team.

“Froneri Philippines Inc. will allow us the focus, agility, and speed that we need to be more competitive in the highly dynamic ice cream category,” said Nikki. “While the team had been successful in finally growing the business the past years, the joint venture will strengthen our ability to create value for consumers and customers in ways that can really disrupt the current landscape. We now have a global network of experts whose sole focus is to grow the ice cream, frozen food, and chilled dairy business. The possibilities are very exciting!”

Gerard added, “Froneri is a wonderful opportunity to bring single-minded focus for the categories of ice cream and chilled dairy. With this new business model, we are privileged to build new ways of working, allowing us to strengthen our agility and competitiveness. We are all very excited about what the future holds in this new adventure we are embarking on.”

Project Newton
The transition to Froneri Philippines was preceded by months of preparatory work under what was called Project Newton, which was headed by Business Integration Lead Nestor Ponce. The project kicked off with a meeting of stream leads on June 3, where they mapped out the steps for the joint venture between Nestlé and R&R. A comprehensive and hands-on steering committee was then formed, with Chairman and CEO Jacques Reber as committee head. Other members of the committee were Mitzie Antonio for Human Resources, Roberto Munevar for GLOBE, Mandeep Chhawtal for Finance, Peter Winter for Technical, Luca Fichera for Supply Chain, Jojo Dela Cruz for Sales, Russel Andaya for Legal, Ernie Mascenon for Corporate Affairs, and Paolo Mercado for Marketing and Communications.

Aside from ensuring the continuity of the business processes, necessary steps were taken to guarantee clear communication lines between the Company and its employees and customers. A series of town hall meetings cascaded the transition plans to affected employees, along with customized letters from Froneri Global Chairman Luis Cantarell and Froneri CEO Ibraham Najafi. Q&A sessions were also held with suppliers and business partners.

“The next phases of the transition will now focus on building Froneri’s identity and culture, consolidating the Froneri way of doing things, and ultimately making the employees feel the oneness of the Company,” said Luz.