Plastic wastes come in different forms, shapes and sizes. These wastes include used sachets and beverage cartons, candy wrappers, and sando bags -- residual wastes -- which are difficult to collect and often end up as litter. While local government units (LGUs) may have solid waste management programs in place that collect and recycle larger plastics and other discarded items, more often than not, these types of residual wastes are not adequately accounted for, and they add up to a significant problem.

Given this realization, Nestlé Philippines and Valenzuela City recently formed a partnership called May Balik Sa Plastik that aims to decrease the amount of residual wastes in the city’s transfer station and landfill by incentivizing their collection per kilogram, sorting them for recycling or upcycling, or co-processing in cement kilns.

The program also seeks to change the behavior of residents toward residual plastic wastes by putting a value to them that did not previously exist, giving a reason to collect rather than discard them haphazardly.

As May Balik Sa Plastik marked its 100th day from the start of the first collection, the program has diverted from the landfill a substantial amount of household plastic wastes. Collections have increased by close to 400 percent since the first run. “This is in line with our goal of achieving plastic neutrality at the earliest possible time, that is, recovering the equivalent amount of plastic packaging we use for our products,” Nestlé Philippines Chairman and CEO Kais Marzouki said.

Barangay Ugong, notably, gathered less than 10 kg. on the initial collection day, but with the combined efforts of community leaders and residents, in a short span of time collections had increased exponentially to 2,000 kg. The experience of Ugong demonstrates that the campaign is effecting positive change.

“Through this program we are proving that we can actually retool and reuse these plastic sachets. What we’re showing is that we can offer an alternative to a total ban,” Valenzuela Mayor Rexlon Gatchalian emphasized.

“Even my children are learning to pick up plastic on the streets, at school, to avoid litter in our surroundings. We have learned to collect plastic from our neighbors and community. Now there is less trash collected by the garbage truck where we live,” said Barangay Ugong resident Merlinda Genares, 47.

Jairabbai Eugenio, a high school science teacher in Valenzuela, observed that children are participating in May Balik Sa Plastik. “They bring plastic wastes to school. And during break time, you’ll notice that whereas in the past you would see plastic packaging from snacks filling up trash receptacles, now students take these wastes and are collecting them,” he said.

As for making May Balik Sa Plastik sustainable, the Local Solid Waste Management Board has submitted to the City Council a proposal to mandate waste segregation at source through a city ordinance. “We will institutionalize the program through an ordinance, hopefully before the end of the year,” explained Emmanuel Delesmo, vice chairman of the board and head of the Public Sanitation and Cleanliness Group.

“We are actively seeking collaboration with different stakeholders such as the city government and the residents of Valenzuela. As we learn from May Balik Sa Plastik, we are gearing up to expand it to other parts of the country, bringing us closer to the vision of a waste-free future,” according to Mr. Marzouki. 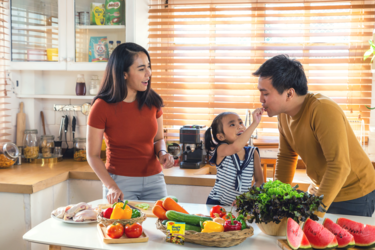 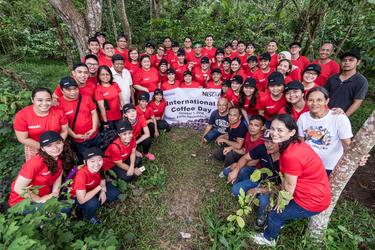 Nature and agriculture
To The Top