Locally, Nestlé Philippines, one of the country’s largest corporations, recently declared new commitments to achieve net zero emissions as a “Kasambuhay for the Environment” on its 110th year. The commitments were announced during the company’s virtual 2021 Net Zero Fair attended by employees and their family members, as well as program and business partners. These commitments aim to support the Philippines’ Nationally Determined Contribution under the Paris Agreement to reduce and avoid carbon emissions by 75 percent as of 2030.

In tackling the plastic waste crisis, Nestlé Philippines is innovating and developing technology to make its packaging recyclable or reusable by 2025. At the same time, it is collaborating with public and private sector partners to ensure that none of its packaging ends up in the environment, and to educate consumers about solid waste management.

Last year in August, the company achieved its most important environmental milestone thus far, by becoming the country’s first multinational FMCG company to attain plastic neutrality. This means Nestlé Philippines is collecting and co-processing, and therefore diverting from nature, the equivalent amount of plastic that it generates in its packaging. Since then, it has collected 18,000 MT of plastic waste in the last 7 months.

The company has also switched to clean energy, and now its factories in Luzon, as well as its Makati office run on 100% renewable electricity.

Through its Nescafé Plan and the Common Code for the Coffee Community or 4C, Nestlé Philippines is enabling Robusta coffee farmers in Mindanao to learn regenerative agriculture and sustainable coffee production. In particular, the company is helping 1,500 smallholder farmers to reduce their carbon footprint.

On top of these programs, Nestlé Philippines Chairman and CEO Kais Marzouki announced additional commitments to accelerate the journey to net zero. These include collecting and diverting an annual average of 26,000 metric tons of plastic waste away from landfills and oceans – an important step towards ensuring none of its waste ends up in the environment – thereby sustaining plastic neutrality, reducing virgin plastics consumption by 1/3 by 2025; and reducing 30% of GHG emissions* by 2025 in local operations (factories, administrative office and logistics).

Mr. Marzouki expressed confidence that the company will fulfill these commitments with the support and participation of its employees and partners. During the Fair, employees and their families formally pledged in a contract with the planet to actively involve themselves in creating a net zero environment by making sustainable choices, properly managing solid waste, and planting trees.

In a message of support, Senator Win Gatchalian, chairman of the Senate Committee on Energy, said: “The contributions of the private sector will provide the needed boost in achieving carbon neutrality. Your efforts to transition to regenerative agricultural practices should be adopted as well by others in the manufacturing sector as it will benefit nature and improve the income of farmers.”

Nestlé Philippines SVP and Head of Corporate Affairs and sustainability Ms. Arlene Tan-Bantoto also acknowledged the importance of its partnerships with the public and the private sectors in making the company’s ground-breaking environmental initiatives possible. “We are addressing climate change through coordinated action, continuing innovation, and multisectoral engagement, with open accountability as we report our progress. We are the Good Food, Good Life company. We want to leave the legacy of a cleaner, healthier, and more livable planet for the next 110 years,” she added.

“Nestlé Philippines will take a leading role in working towards net zero GHG emissions by integrating sustainable practices in our operations. We will continue to seek out partnerships and collaborate with consumers, the government, industry, NGOs and other stakeholders, as we journey to a net-zero future,” Mr. Marzouki said, “Tackling climate change cannot wait, and neither can we. And so let us all move forward for the sake of our children and future generations, rising to the challenges that lie ahead, together and united.”

Our Net Zero commitments in the Philippines 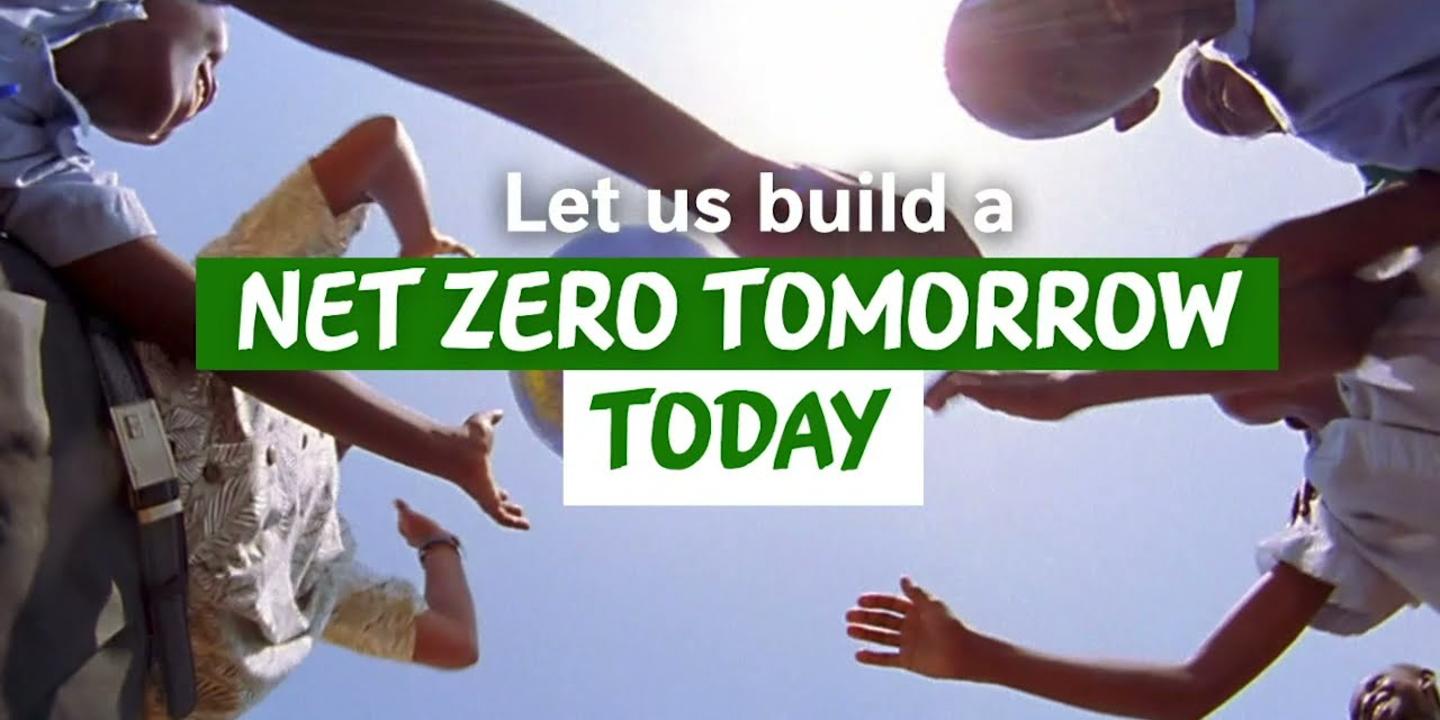