Farming is largely a male-dominated enterprise and the role of women in it is often limited. However, in the local coffee sector, women are succeeding as farmers with appropriate support including training from pre-production to post-harvest.

This year’s ongoing celebration of International Women’s Month is an opportunity to shine the spotlight on Filipino women coffee farmers who have become agripreneurs, combining their love of the soil with a business approach and making a good living for their families.

Women coffee farmers who are making it

Using traditional methods of managing their coffee farms was all that Herminia and other coffee farmers knew when they started. At first, they could not fully capitalize on the resources they devoted to planting coffee - production was low and so were their earnings.

As the country’s leading buyer of Robusta coffee, Nestlé Philippines through its NESCAFÉ Plan is committed to supporting the local industry, working with farmers like Herminia to increase their yields, incomes, and improving their quality of life, sharing know-how enabling them to maximize coffee production for Filipino consumers.

Along with new farming techniques, they have learned the business aspects of coffee farming, such as proper record keeping, which helps empower them and builds their confidence in handling their operations with competence, ensuring that all transactions are properly accounted for. Agripreneurship training also has taught them farm diversification and the value of investing in the rehabilitation and rejuvenation of coffee trees.

The next generation of female coffee farmers

One concern regarding the future of agriculture in the Philippines is the aging population of farmers. In a 2017 survey, the Department of Agriculture found that the average age of Filipino farmers is 60 years old. Overall, there is a lack of interest in farming among the younger generation.

But two young women in Pangantucan, Bukidnon are stepping up and following in the footsteps of their parents who are coffee farmers. Both are full-time college students.

One of them, Eljean “Jean” Dagohoy, said: “I have always been fascinated and interested in trying my hand at coffee farming, which is our family’s main source of income. I want to continue what my parents started and even expand it in the future.”

Just like Jean, Flushiela “Flu” Hupayan was inspired by her farmer parents to venture into coffee production. “I never thought of farming to be just a man’s job because since I was young, I would already see my mother working hard on our farm growing coffee. Women have what it takes to do well in this field,” Flu said. She has acquired a hectare of productive coffee farmland from her parents and continues to learn new techniques to improve her yield and income, as well those of her parents.

Both Jean and Flu are members of the Pigtauranan Coffee Young Farmers Association, an organization which gives the youth of the community exposure to and know-how on coffee farming, assuring the succession of skills and knowledge from one generation to the next.

Nestlé will support CEPI’s efforts with a donation of CHF 1 million (US $1.03…
Read More 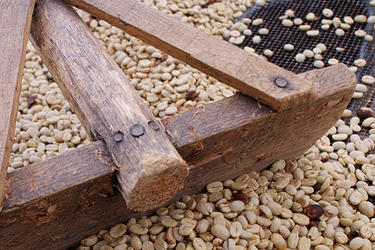 Sustainable sourcing
To The Top